Glassware in Russia for 10 years
Strategy of Import Substitution
Review of Russian Alcohol Market in H1 2015
Review of Russian tea market in January-November of 2014
How to use the period of the embargo in its favor and found a promising niche for business development?
Analysis of imports of fishmeal. Results in 2014
Import of mold sets for the glass industry

Informational & Analytical Company ”VladVneshService” conducted a market research of mold sets. Russian market of mold sets for the glass industry is formed due to import. Export volumes are about 50 times lower than import and it does not have a significant impact on the market. 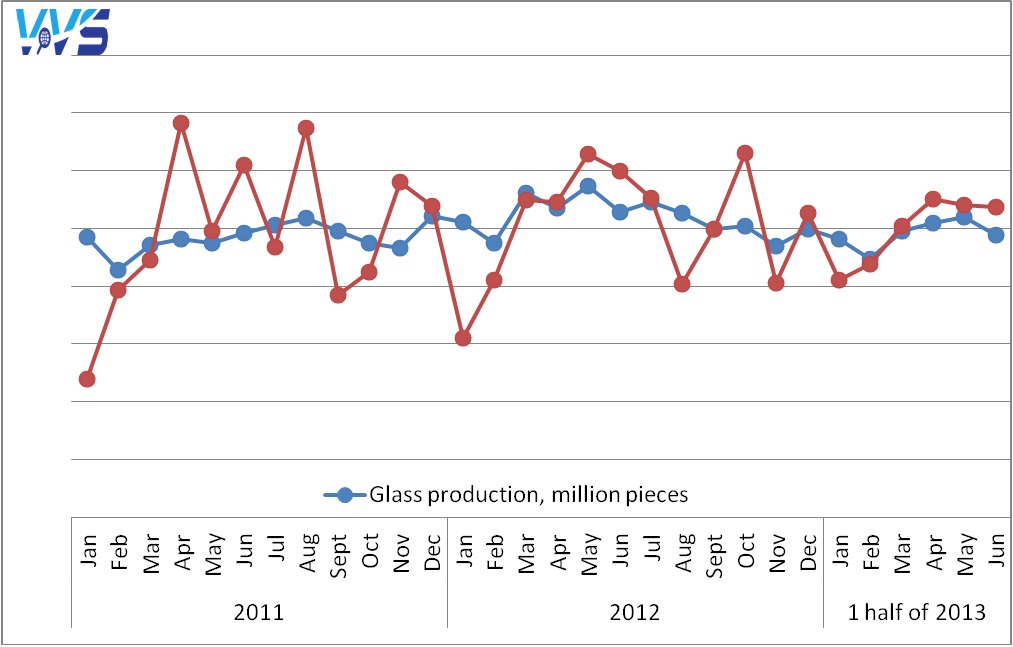 Figure 1. Dynamics of production of glass and import mold sets 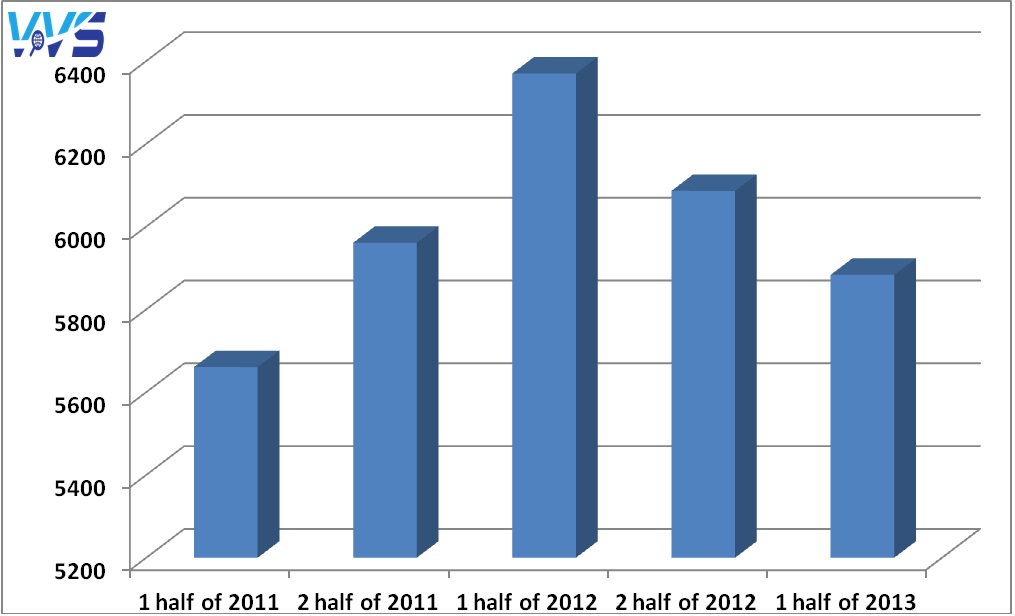 A similar situation is observed in the market of mold sets. According to the results of 1st quarter of 2012, the import volume grew up on 6,17% relative to the same period of the previous year, reaching a level of 789,7 tons. In the second half of the year it decreased by 1,60% to 783,5 tons. The results of the first half of the current year mold sets import fell to 773,5 tons, from 2.06% below the level of the 1st quarter of 2012. 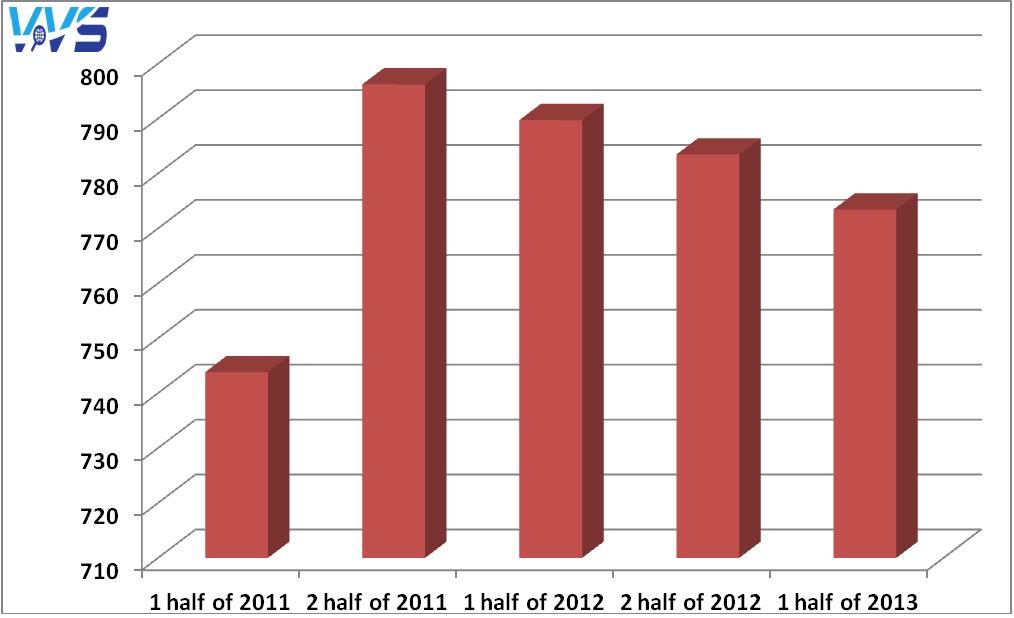 
Importers of mold sets can be roughly divided into 2 main groups. The first is the direct manufacturers of glass or supplying companies that are part of large industrial glass holdings. The second group includes companies specializing in the supply of equipment for the glass productions.
More than half of all imported mold sets falls on eight companies. Four of them from CJSC «Orekhovo-Zuyevskaya glass company», Ltd «Rasko», CJSC «Saint-Gobain Kavminsteklo» and Ltd «Ruscam-Holding» are the largest domestic manufacturers of glassware. Ltd «RS-StekloSnab» and Ltd «Trade house Steklostandard» are the supply units of the following holdings: «Rus-Glass» and «Glass production group».
The world's leader on the market for more than 5 years (from 2008) is a St. Petersburg’s company Ltd «PSI». It is specialized in design, manufacture and supply of glass-forming toolings for the glass plant. The share of «PSI» is annually accounted to 13% of total mold sets import to Russia.

Table 4. The main importers of mold sets for the glass industry and their share, % 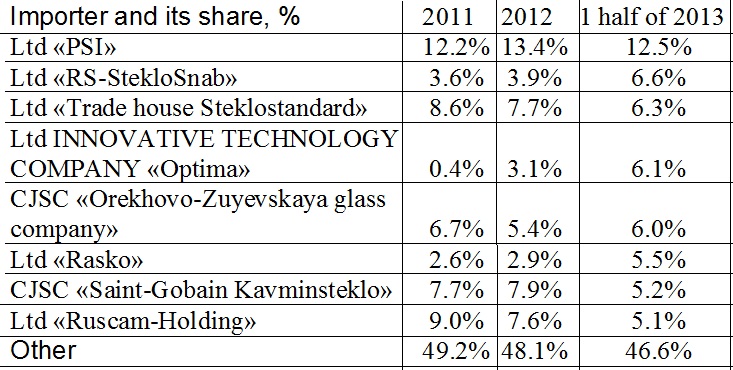 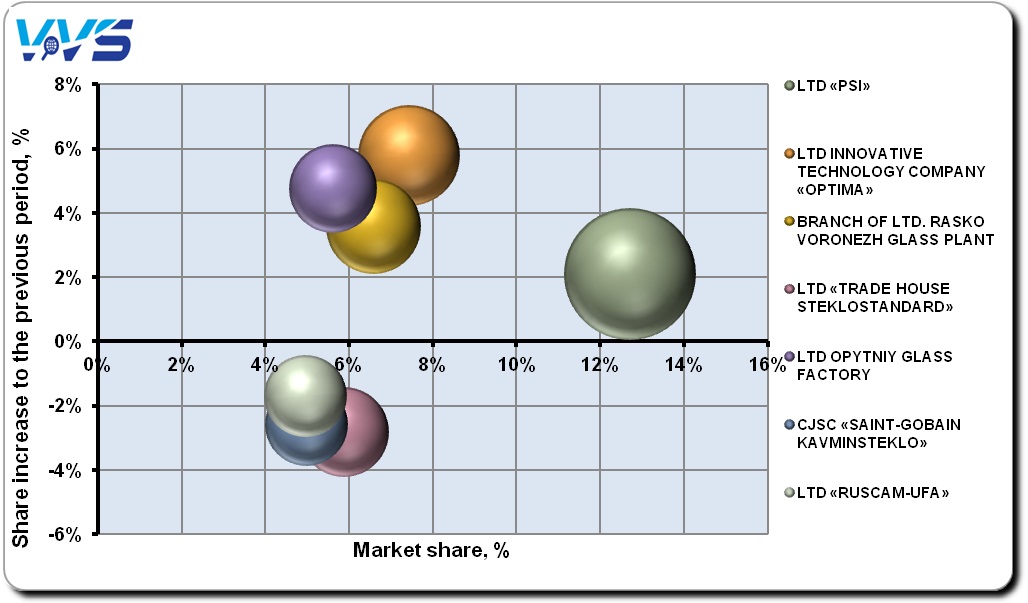 Figure 5. Change the competitive positions of importers of mold sets in the 2nd quarter of 2013, thous.

As mentioned above, mold sets import depends on the volume of glassware production, as mold sets have the property to wear. On average, for every million of produced glassware there are 0,126-0,129 tons of mold sets. Remembering that the glassware production now falls and this process is likely to continue in the next year, mold sets import will fall too. On the favorable development of the situation this year the mold sets import is likely to exceed last year's indicators in 1573,2 tons in physical terms and 46 million in cash. Under adverse conditions – it will hardly exceed 1518 tons in volume and $ 45 million in cash.